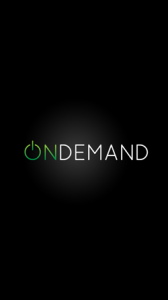 Have you heard about the new way to run CDM? Toss your IT Department and have Cursor Control manage, backup, update and support every aspect of CDM for you.

CDM On Demand is a fully hosted solution that allows you to access CDM from anywhere you have an Internet connection. It will even allow you to run CDM on your iPad!  See the video of the iPad in action here.

Cursor Control will update your CDM for you anytime an update is released, and are able to provide faster and better product support as we manage your database and are able to remotely connect up to your On Demand session to help you troubleshoot any issues you might be having.

Contact us today as we have some great pricing deals for our existing customers to make the switch to CDM On Demand.

At the CDM Conference in Tempe, we introduced our plans for the next version of CDM. As you may know, CDM has been around now for 23 years and is written on a platform that needs updating. This is going to be a major overhaul of CDM and will take a good portion of the next 2 years to complete.

We are currently in discussions with a few development companies to help us with the redevelopment on what will be a Microsoft .NET platform with your data being stored in a Microsoft SQL Server database.  We are still deciding on whether to go with a fully web-based version, or to stick with the current Application style (think Outlook vs Outlook Web Access) or even a combination of both.

The existing functionality that has made CDM the robust and reliable product it is today will remain but by rewriting this on a modern platform will allow us to use all the modern technology that we are currently used to in other applications.  Things like Auto Complete when typing in a field, Rich Text typing, more flexible reporting module, better integration between modules etc

As a part of this redesign, we’d like to get your feedback on the features and functionality of CDM that you like, don’t like, and would like to have! Please submit all ideas to support@cursorcontrol.com and we’ll add them to the list for consideration in the next version.

Did you miss the 2012 CDM Conference held in Tempe, AZ? We had a great time meeting everyone that attended and the weather was fantastic. We looked back at our first year of running the company, introduced our plans for the future of CDM and received some great feedback on how to make CDM even better! Did we mention the amazing snack shack? I don’t think anyone left the conference hungry!

Plans are already in place for the 2013 Conference and it would be great if you could plan on attending!

See the pictures by clicking here.

In other news, Cursor Control has relocated from Dallas, OR to Bend, OR which happens to be where the 2010 CDM Conference was held.  Our new address is below – all other contact information remains the same.

We are very excited for 2013 and beyond and have some great plans for CDM and would like to take this opportunity to thank you for being a Cursor Control customer.  We hope you have a fantastic Holiday season and look forward to working with you in 2013.